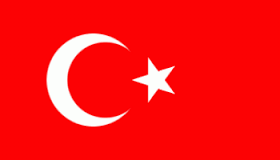 Turkey has rapidly developed. If we look at the history of radio and TV in Turkey, Firstradio and television, especially television, was founded in Iran and then it was introduced in Turkey. While we were using color TVin Iran, a few years later in the late seventies it came out in Turkey. In the early ninety’s there were many private channel sand privately owned broadcasting began.

The private channels owned by international investors or businessmen and entrepreneurs and Turkish investors who possessed some newspapers and magazines and they launched TVchannels andthe most popular group is”Erdoğan”.

In Turkey the media is generally categorized into public and private. With regard to this, Turkey is a developed country in terms of audio-visual and print media.There are more than  three hundred public and private broadcasting channels in Turkey .they broadcast programs about politics and culture, sports, agriculture, science, medicine, music and various branches of the market and even hunting. Most of these channels are private channels. There are 20-25 public channels. Turkish channels launch via Turksat Satellite one, two, three, four, five, (and more recently alsoTurksat six will be operated.)around  the world. In addition, Turkey seeks to launch a Persian channel.It also broadcasts programs in Central Asia . There are Turkish-speaking TV channels in Azerbaijan, Iraq and northern Iraq . Some channels send out  news or movies  in Turkmen and Kazakand Uzbek languages in Central Asia .Moreover, there are local, national and international radio programs which streaming live on the internet and  broadcasting via satellite. About 10 thousandsmagazines and newspapers are published in turkey which broadcasting viainternet. They are extremely competitive. Magazines and newspapersbroadcast programsextensively.
–    AKP and the government’s role in ownership and effect on media
After the establishment of the AKP, religious groupsalso launched TV channels whereastheyhave already had weekly and monthly magazines .Today, in Turkey all parties have their own channels.
AKP  owns  several private television and radio channels including Net TV,  Ulke TV,24 Heber( news)channel7 and several other channels that serve the AKP and There are also  17-18channels with the name of TRT. Further,TRT Kurdish channel broadcasting in Kurdish and Arabic languages controlled by the state. In fact, the AKP sends his own messages to the society by means of this channel. In Turkey, there are dozens oflarge and small parties of those 20-30 parties have their own TV or radio channels.   Republican People’s Party has several channels one of them is called Hayat TV and the Nationalist Movement Partyowns three private channels. Aside from this, True-Path Party has its own special channels such as Naqshbandiand Qaderi Sufi channels. Meanwhile, there are local, regional and provincial channels in Turkey which can be watched via internet and satellite.Some private Turkish channels broadcastin Europe. These political and social groups are none-governmental organizationswith their independent news agencies. There are numerous news agencies working physically or On-line,therefore wide range of media is available in Turkey.

–    Turkey’s major News agencies and parties and affiliated groups
News agencies areaffiliated withParties. As well as various regional channels like Georgia, Azerbaijan and some other countries havesatellitebroadcasting over a satellite network. It can be said that Turkey is considered as mother of all channels in the region excludingIran.
–    Gulen Movement’s Rolein TurkishMedia
Fethullah GulenMovement  (it is usually referred  to as Hizmet) has several TV channels. Two or three channels broadcastin America, one or two channels in Europe and the others broadcast in Turkey. SamanYulu is one of the news agencies which is affiliated with the Fethullah GulenMovement. It has programs in Kurdish, Arabic and Turkish language channels. Fethullah Gülen group ownseight to nine private channels. In addition, they rent some other channel frequencies. Some channels which arenot managed by them rented to send Fethullah Gulen’smessages. Similarly other parties can rent such channels or manage the channels directly.Now,  SamanYuluTv,Ebro (sir Tv) and several other channels  broadcastprograms in Turkish, Kurdish and Arabic, belong to Fethullah Gullen. This group  possessedKhazar TV  channel in  Azerbaijan  but right now according to Erdoghan request it is  handled  by Baku state  because They had distrust  of Fethullah Gülen. Turkmen TV channel is active in northern Iraq while production and broad casting center is located in Istanbul, Turkey.