Turkey’s Hydro Politics and Use of water as a Tool 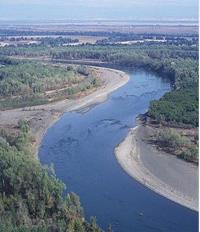 There is a good water condition in Turkey. It indicates that the yearly rainfall in Turkey is more than 500 millimeters and it has an average precipitation in the world. In comparison with Iran, Iraq, Syria and other Middle East countries it is considered as water full countries. Of course, annual precipitation in different areas of Turkey varies. Two great rivers, Tigris and Euphrates, originate in the Taurus Mountains and Oxus (Jay Hun) and the Syr (Ceyhan) rivers flow down into Mediterranean Sea.

So regarding to water resources Turkey has the best condition among neighboring countries.

– Water Plans in Turkey in the past few decades

After World War I Turkey started to develop under the leadership of Kemal Ataturk. In the 1970’s after a sudden rise in oil price, two important events took place. On the one hand, due to low financial resources Turkey couldn’t afford to finance, therefore Turkey faced with energy crisis. On the other hand an increase in oil price made Arab countries holding more oil reserves become more influential   in the region.  Thus, Turkey felt a threat and in order to improve its economic situation, turned to energy resources and put pressure on neighboring Arab countries including Iraq and Syria. As a result, GAP project which consists of building twenty dams on the Tigris and Euphrates planned in 1970 so that they can develop agriculture in s southeast Turkey. It put pressure on powerful countries of Syria and Iraq and also made troubles in Iraqi Kurdistan.

In fact, Turkey began to political exploitation of waters flowing in Turkish territory. Turkey was upstream comparing to countries of the region.

– Turkey’s current status and view on the Tigris and Euphrates

Due to agricultural and industrial development, Turkey is dependent on water. In recent years both Iraq and Syria were in crisis and Turkey could use water resources as a tool to threaten these countries, as it has done till now and despite of   all pressures and protests for indiscriminate use of water by Turkey, it has continued the program. In recent years there was not any news from Turkey  about a new project. But due to the recent drought, it was expected Turkey to more attention to water resources and reconsider amount of water which flows in Syria and Iraq but it never happened. This action caused droughts in Iraq and Syria, especially in southern Iraq and also resulted in desertification and dust problems.

Turkey utilizes water as a tool of power. This strategy was being used in the past ,too. Turkey proposed to build a peace pipeline when there was a rise in oil price. In order to transport The Oxus (Jayhun) and The Syr’s (Ceyhan) water in  two pipelines (which flow down Mediterranean Sea ) to Persian Gulf costal countries and  then to Jordan and Saudi Arabia and provide water  for these countries. If the countries agree, this plan will lead to their dependency on Turkey as a water supplier. Now Turkey is following this idea and it utilizes water resources as a means of putting pressure on neighboring countries and increasing domestic power. Turkey’s geopolitical power owes to water which flows in the country. In other words, Turkey’s geopolitical power show off owes in the waters flow in the country.

I believe that Turkey will revise its policy, especially because it seeks to increase influence over the region in Neo- Ottomanism approach. So Turkey will do everything in this way and water will be considered as an important factor of developing of authority. So they attempt to keep on this policy. There is no prospect that Turkey will provide more facilities and water for Iraq and Syria and change the situation. It means that not only Turkey’s water policy won’t change, but also it may put more pressure on neighboring countries.