Categorizing of new movements in the Islamic world 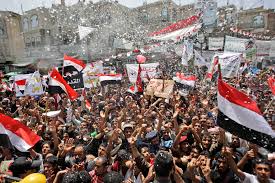 – Categorizing of  new movements in the Islamic world

These movements influenced by events in Europe and what is called today as the West (European countries plus America).

The first movement is of Seyyed Jamal al-din Asad Abaadi that  Comparing to the West, he didn’t deny the west but  criticized it. The other movement which should be mentioned is  Brotherhood movement  which  followed by Abul  Hassan Nadwi   et al.   namely AbolAla  Madudi and  some followers . Besides, it should be mentioned that there is a revolutionary movement known as the Islamic Revolution of Iran With a long history. It lasted since Constitutional Movement until the Islamic Revolution and it had different ups and downs.

Among these movements two of them result from comparing Muslim world with The West. They were a reflection to what occurred in the West and in response to the question” why have we lagged behind the West?”  So in response to this question  Salafist movement  was emerged. The first aspect of this movement can be seen in return to early Islam of Seyyed Jamal al-din Asad Abadi,  Abdou and Kavakebi.  The second aspect is obvious in Brother hood movement’s stand and in Hasan Nadwi’s and followers ‘points of view in the Islamic world. Now this movement is going on in different aspects.

In recent decades, once again some changes occurred in the West that caused the emergence of modern or new social movements. The 1960s should be considered as   starting point of these movements and consequently, once again Islamic world which is influenced by these movements seeks to review the activities in order to retrieve his identity in postmodern world.

In 1960s there were events in the West  which  caused new  movements .The Vietnam War and anti-war protests, chaos in Czech and Slovakia , Black civil rights movement in America , Women’s movement and  new dimensions  in the name of feminism, student protests in the UK and most important student movement  in France in 1968. Although firstly these movements, especially, students’ movement in1968 occurred, but all the movements had the same common denominator: They indicated that traditional intellectual forms were not able to analyze new approaches. In this regard, street protests as a revolutionary protest mechanism were observed in Iran. It means that if we look into articles about Islamic revolution in The USA, One of the imposed approaches on the Revolution in American universities is that they consider Islamic revolution as a modern movement. A key characteristic of this approach was formation of movement and its consequences based on issues such as mobilization. while in Europe it was recognized by name of New social movement theory and typical feature of this approach was to distinguish between social structures and social factors and in some way consider the intervention of structure in the social movement’s orientation.

– Social Movement in the Islamic world

In Islamic societies in the late twentieth century and early twenty-first century AD, there were more rapid cultural and social changes. Previously many Islamic countries have had authoritarian regimes But at the present time due to cultural changes resulting from the process of globalization ( in this process the elements of time and place are intertwined and diverse geographies are pressed together in such a way that there is no other global village), authoritarian regimes cannot meet the needs of their civil society with traditional methods .Therefore  based on these changes,  a time lag among the social forces on the one hand and ruling powers on the other hand emerged. And they failed to manage these lags and resolve it between social forces and political powers .So this (LAG) by itself turns into the lack of balance. In the framework of imbalance, we can see preparations for new movements.

On the other hand, according to what happened in practice, new theoretical perspectives were created too. When the old movements were not as important as before little by little the new movements emerged, they also influenced the teaching of social sciences in such a way  that what is concerning social change in Islamic countries, is not able to examine and analyze current events. So as to movements like the Houthi’s movement in Yemen and ISIS, many theorists were unable to develop a theory and it was a kind of strategic surprise. Thus, in this sense there is a distinction in mental aspects .Thus, it was not only a change in objective, it was new theories about new theoretical social movements which emerging in the Islamic world.

The next point is actually a gap between socio-political behavior. On the one hand renewal of Islamic societies caused some groups adopt a radical behavior due to some changes and those who seek the cause of misery and their backwardness choose violence as a tool in their new movements. Through them groups such as al-Qaeda ,ISIS and different terrorist groups are developed . some groups instead of finding out the roots of  this new backwardness they analyze themselves and attempt to manage the affairs of Muslim societies not by resorting violence but  with a native religious democracy and by leaving an authoritarian  monopoly.

**Disclaimer: The contents of this article are of sole responsibility of the author(s). The Institute For Islamic World Future Studies (IIWFS) will not be responsible for any inaccurate or incorrectstatement in this article. The source and the author’s copyright must be displayed. For publication of IIWFS articles in print or other forms including commercial internet sites, contact: editor@iiwfs.com