The strategic importance of unity and integration in the Muslim world 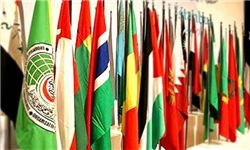 Since prophetic mission of holy prophet and presenting Islam to humanity as the most comprehensive ethical- human charter, in order to have increasing   evolution   and make a secular- eternal progress in all centuries, there has always been a great emphasis on the  necessity of unity and integration among Muslims as One Ummah  by the holy Prophet and  Quran. This matter is clearly seen in prophetic manner.

A soon as the holy prophet arrived in Medina, he provided a context for such unity and integration by Aws and Khazraj Treaty, and then with the pact of brotherhood between immigrants and the Ansar.

The truth is that the prevailing atmosphere   of the Muslim world is not pleasant   and it indicates that there is a fragment among Muslim nations which is supported by the enemies of Islam and it would cause confrontation between Muslim sects and lack of attention to the serious problems such as the existence and danger of the Zionist regime in the region. Therefore it is essential that Muslim scholars, intellectuals and Social reformers take advantages of Islam’s potential political rationality, the socio-economic and cultural capacity of Islamic societies to reduce tensions and build unity among Muslims more than ever. Using this capacity provides integration and extends it to other areas. Security-military coalitions among Islamic states in the Middle East is a vital need in the region in order to deal with challenges  ahead-  such as fighting against radicalism, insecurity and terrorism and excluding from  plans for partition of Muslim countries –  without the international intervention.

Indeed, achieving integration in the Muslim community needs to overcome some basic obstacles. It is essential   to change concepts in human science such as Political Science, International Relations and Geopolitics and promote concepts like integration and unity in the Islamic world and academia.  These changes must be pursued in the universities of the Islamic world by Muslim intellectuals and scholars in order to prevent from disintegration which is Islam enemies’ heart desire.

Islamic states have many other opportunities to realize the idea of unity. They have huge source of power i.e. oil and gas and possess important international straits and canals such as the Suez Canal, the Strait of Hormuz, and Bosporus and Dardanelles and a unique geographical position that all can be used as tools to put pressure on enemies and to provide cooperation base between the parties.

nearly one billion and six hundred million Muslims and at least 50 countries where Muslims are the majority has created a broad consumption that can lead to economic cooperation among  governments to  meets  their needs. It also causes an increasing close ties among Islamic societies. Although process of globalization has caused some problems in the Islamic societies like reduced amount of attention to the culture and their rich traditions, but it develops opportunities inside.

Taking advantages of global communications and social networks causes growing unity of the Islamic Ummah against some challenges like how to deal with the Zionist regime’s brutal policies and follow a single procedure. Because this opportunity has raised public awareness about changes in the Islamic world and international community.

in the past century, international working groups have been frequently  made  in the Islamic world which  include all or some members .they  aim to improve relationship among states , follow a shared future with similar interests and adopt a single position  on  challenges. The OIC and the Arab League are two examples of such organizations .unfortunately, they couldn’t achieve their goals

It is hoped that by true realization of integration among Islamic countries which involves practical cooperation in political, economical, cultural, security and other fields, establishing of The Union of Islamic Ummah will be felt by all countries as a strategic necessity.  Undoubtedly, freedom of Quds and removing of Zionist regime from power will be the initial result of such an event.  This strategy will result in peace, justice, progress and sustainable security in the regional and international level for Islamic Ummah security.