The security challenges and opportunities of Post-ISIS Iraq 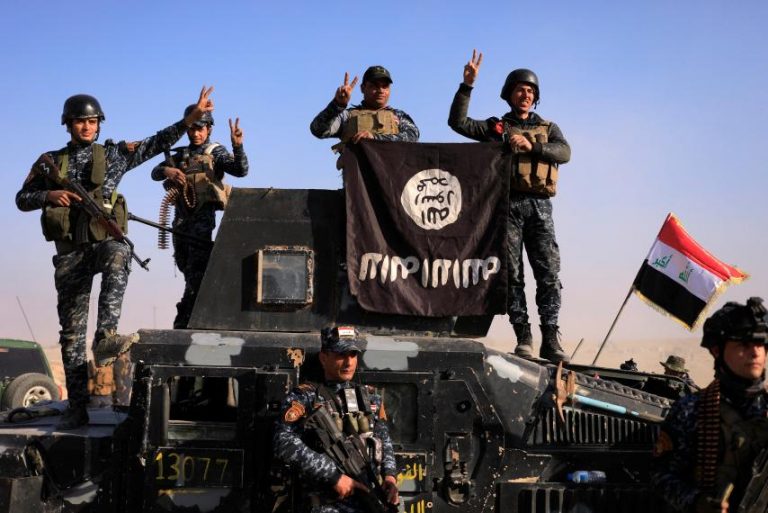 The security challenges and opportunities of Post-ISIS Iraq

ISIS’s terrorist group failed, less than three years after it claimed to have established a caliphate in territories of Iraq and Syria. ISIS currently has no significant operational bases to manage and execute its complex terrorist acts. ISIS revenues have fallen to $ 870 million in 2016 and are expected to be much lower. In the current situation, the projections indicate the transformation of ISIS into a terrorist network. In this regard, we had a conversation with Mr. Amin Avar, an expert on strategic Issues.

IIWFS: The most important security challenges in Iraq are classified into how many categories?

Since ISIS’s existence and activity in Iraq has been proven, it has resorted to various tricks for regaining influence and returning to lost territory. Indeed, ISIS, before it is a group, is a streams of thought that exploits the opportunities and circumstances of individuals and their thoughts and ideas; therefore, the first step towards eradicating this trend is to close the sources and ways of influence of ISIS on the thoughts and beliefs of society. In other words, although Iraq has been freed from ISIS’s military captivity, it is still more or less engaged in the thoughts of this group.

Undoubtedly, the defeat of ISIS and the loss of many captured lands will lead the group to intensify and increase suicide and terrorist operations in various parts of Iraq. It is also the ISIS strategy to create tribal disputes and religious seditions and it could be a way to return ISIS to the liberated territories. Under these conditions, poverty, unemployment, discrimination and deprivation in Iraq (many ISIS-infected territories in Iraq have been far from the center and deprived of it) will be an opportunity to attract and exploit Iraqi people through their deceptive promises.

On the other hand, the provocation and foreign intervention and the military and logistical support of the US-led international forces or the salvation of the leaders of the group in the past did not make ISIS to get to its expiration date and the U.S. still continues to support it. In fact, the interests and intentions of the United States and the Zionist regime will not allow Iraq to be in peace, and even the breakdown of Iraq may be considered. Meanwhile, this remains a major concern. Moreover, past management in Iraq and the imbalance between the federal government and other local and Kurdish regions along with the Kurds of Iraq claims regarding the rule of the non-Kurd oilfields, may highlight security tensions.

On the other hand, the return of the refugees, the reconstruction of widespread destruction, the interaction or opposition of Sunni parties with the central government, the challenge of multi-religious expansion, the future of the political structure of Iraq and the demands of the parties, and the future of the role of The Popular Mobilization Forces (PMF), can be challenges for the future of Iraq.

IIWFS: It is anticipated that after recent defeats, ISIS will persuade its supporters and supporters, virtual and online, to plan terrorist acts in their home cities, thereby proving their loyalty to the self-proclaimed caliph. To what extent is this a threat to the post-ISIS Iraq?

The liberation of Iraq from ISIS was the first stage and the next step is the security struggle. A security struggle is essential to stabilize sustainable security. In constant monitoring of threats, identifying intrusive cores among civilians and resolving security concerns is more important. Meanwhile, the re-emergence of intrusive cores among people cannot help stabilize sustainable security. In fact, ISIS may return to Iraq through the common borders of Syria and take action to massacre the people. ISIS can use the vast desert region between Iraq and Syria and rebuild its forces. ISIS was able to bring tens of thousands of people into its organization with extensive activities. Now, even though a significant portion of ISIS forces were killed during the Mosul liberation military operation, the ISIS-backed civilian sector still remains.

IIWFS: To what extent does the West’s strategy toward ISIS represent a major challenge in the future of security in Iraq, in other words, what role does the United States play in the major challenges facing Iraq during its post-ISIS era?

The new US government’s strategy is to increase the presence of US troops in the region, which has been on the agenda since Donald Tramp got to the White House. Although the US government’s declared policies are opposed to the breakup of Iraq, the policies that have been applied may pose problems in the process of stabilizing Iraq’s security in the future. In this regard, the Americans may allow ISIS to return to the northwest and west of Iraq. In addition, in Syria, the presence of US troops on the pretext of fighting ISIS, the role of the West in the implementation of the Syrian Kurds arming plan, the increase of the Kurdish-controlled territories in northern and eastern Syria, and the borders with Turkey may have direct and indirect negative security implications for Iraq.

IIWFS: To what extent does ISIS strengthen the post-ISIS Iraq security situation?

Iraq, after ISIS, is about to enter a very difficult phase and requires conscientiousness; But ISIS’s presence in Iraq united Iraqis and now there is an opportunity for the government and people of Iraq. The unity and integrity of Iraq after ISIS, more than ever, keeps the country from invading terrorism, foreign military intervention, and civil wars. In addition, the strengthening of national unity must be seen as a fundamental principle through efforts to eliminate ethnic and political discrimination and prevent the return of intense conflicts.

IIWFS: What threats or new opportunities for the security of Iraq will be provided if the Popular Mobilization Forces (PMF) gets stronger?

The Popular Mobilization Forces (PMF) is active with the vote of the deputies and the approval of the parliament in Iraq. But after the ISIS crisis, criticisms against PMF increased and PMF might be faced by the opposition with charges such as sectarianism and so on. Therefore, the PMF’s control is considered by the opposition as an important priority. Americans also have a security dispute with the government of Haider al-Abadi in terms of PMF. They are pushing for PMF to be liquidated, so the issue of PMF is a new issue for the government of Haider al-Abadi. What is clear is that the way of introducing PMF to the security system of the country itself can be an important opportunity for the government of Iraq; but there are opponents too.