The future of decentralization in Syria 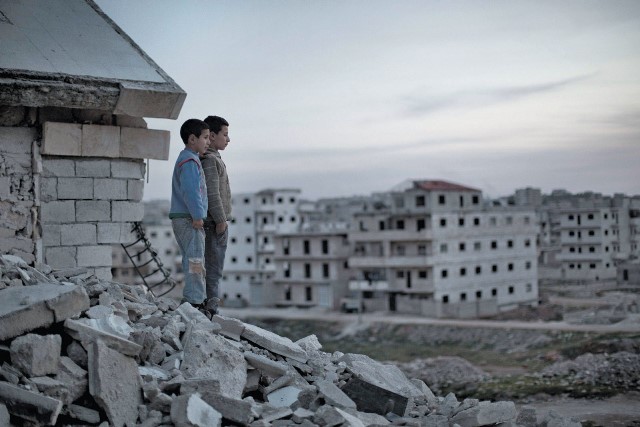 The future of decentralization in Syria

Expert on the issues of Syria

In recent years, federalism in Syria has attracted some of the actors; Following the widespread erosion of ISIS’s strength in Syria and the continued rise in the government’s presence in different regions, the question is how the future of centralization or decentralization will be in Syria. The following Interview has addressed this issue.

IIWFS: To what extent has decentralization in Syria been addressed in the plans for the future of Syria?

For the future of Syria, no actor except Russia has provided a precise program. Everyone emphasizes that the political leader in Syria is the resolution 2254. Resolution 2254 refers to the Geneva Declaration 2012 and Resolution 2118. The central points of these legal texts for formulating the Syrian political future include: 1) amending the constitution; 2) establishing a transitional government; and 3) free elections under the supervision of the United Nations.

Regarding the constitutional reform, the Russians have given the plan on Syria, and from 2016 they have given them a draft constitution. The draft constitution will, if implemented, turn Syria into a state that will greatly reduce presidential power; it will become a state government and there will be local self-government governments in Syria. This is seen in the third paragraph of Article 15 of the draft law proposed by the Russians, and in articles 34 to 43 it stipulates the power of local councils. The only one who welcomed the draft was the Democratic Union Party (PYD). Because it is fully compatible with what has been built on the ground, the northern federal system.

IIWFS: How do other actors view decentralization in Syria?

Opponents disagreed with this at the beginning; but now in the Riyadh statement, they are committing themselves to see Syria in the future having a democratic system based on decentralization. That is, according to the events of the field, all the actors, besides the central government of Syria, have come to the conclusion that the plan of the Russians will be their salvation plan, and they are able to prove it. In fact, the Democratic Union Party (PYD) has created a coherent and orderly construction on the ground, and the adversaries have no choice but to accept this plan. Their plan is to preserve these existing councils and persuade the central government to agree with a council government; expand local councils to areas dominated by the central government through the passage of councils that international institutions will also participate in; compete with the regime in the field of brokerage;  do social re-mobilization and, through social mobilization, again reach its ultimate goal (changing the regime and transferring power and removing Assad’s family from domination and sovereignty). This plan is available; that is, what Mr. Bashar Jaafari objected to, and stated that Mr. Staffan de Mistura has exceeded his limits, was due to the bail Mr. de Mistura offered to the parties, and in the fifth paragraph it has been referred to the local self-governing bodies. Of course, Mr. Bashar Jaafari has not mentioned this. No one has any problem with Mr. Assad’s remaining on or demitting his post; this means that it would be possible for Mr. Assad to stay until the end of his presidency in 2021. But if we move forward with this, his power and influence in the presidency will diminish, and the decentralized and diverse structure in Syria will be scattered and applied by local self-governments.

IIWFS: What is the view of different ethnic movements inside Syria to centralization or decentralization in the current situation in Syria?

You cannot give everyone a single comment. The Druze now have their own central council and prefer decentralization. Only Sunni Arabs think about stability in terms of Integrity. Because they have a majority of the population, it is rational and logical that they should not go towards decentralization and the formation of administrative corps; it is a coercion that forces Saudi opponents to accept the minimum to be able to achieve something or not later; so those who are within the central government are under its control. Consequently, their approach is the central government’s approach and, to the extent that they can, try to maintain the integrity of the structure. In addition, if sectarianism is to be promoted in Syria, the last who can claim sovereignty are the Alawites, since only 11% of the Syrian population is Alawites.

IIWFS: Could it be said that a number of regional or international actors have a positive attitude to the problem of disintegration of power and some kind of pluralism in Syria?

No actor seeks the disintegration of Syria. If you see that they are satisfied with this, it’s because of the Russia’s plan. No other actor has such a plan, and those who have accepted it have been compelled. That is, no Arabs and their supporters, including Turks and Saudis, are satisfied with the fact that a country whose majority is Sunni becomes a multiplicity of states in which anyone can act. But since the central government has survived, and there is no other option, they have agreed to the plan of Russia (which is better than nothing) to share a bit in Syria; otherwise, no one will support pluralism in Syria. Even the United States, during the Obama era, referred to federalism as fear, for reasons that were both reasonable and simple. The majority of Syria is the Sunni and opposing sides and the enemies of the United States; why should they consent to the plurality and division of Syria? So everyone was looking for integrity, but in the present situation, everyone is looking for something better than nothing.

IIWFS: If we look at the future of Syria in terms of security and politics, how can decentralization in Syria be considered?

In my opinion, in the current situation, the only actor who has made successful projects in Syria is Russia. The ceasefire plan in Ankara, the ceasefire in Astana, the quadruple tension reduction plan, and the plan for the fifth tension reduction area have been proposed by Russia. In fact, Russia is an actor who, in spite of the disagreements with the United States in the region, is united on a matter with the United States, which is to protect Israel’s security. Russia has partnered with us on behalf of our interests in Syria, that’s all. So Russia has made plans on political issues. So, if it is to go ahead with the current process, what the Russians have proposed will be implemented and will give everyone a share, and will satisfy everyone. Consequently, Russia, as a major power who has fought and bombed the Arab opposition and has protected the regime, can better provide its own benefits in a decentralized Syria than in a unified Syria. That is to say, it creates such a decentralized Syria that continues to survive while it is so weak that it cannot do anything against Israel.