Ideological foundations and internal factors of foreign relations of Hamas 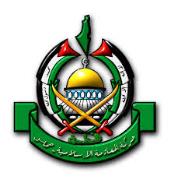 The most significant internal factors affecting foreign relations of Hamas

Hamas is a movement grew out of Muslim brotherhood and in fact is an offshoot of the Muslim Brotherhood movement which was formed in Palestine.

Therefore, their view to the countries in the region and also the external and global issues comply with the Muslim Brotherhood.

Thus, Hamas initially has a religious vision based on Sunni Islam and Muslim brotherhood then having a Palestinian vision which looking for the liberation of Palestine and Jerusalem. This classification also applies with the countries in the region. Hamas has a closer view with the Muslim Brotherhood and its movement.

Hamas had this vision to the relation with Turkey, Qatar, and Egypt during the Morsi’s government and equally is far from the countries which don’t have this vision.

Hamas’ view differs from Fatah view (Fatah is the main offshoot of PLO) which is a domestic counterpart in Palestine. Palestine Liberation Organization was a collection of Palestinian factions whose members were often from left and secular groups. Fatah forms the backbone of the PLO. Hamas had ideological differences and disagreements with the organization’s policy from many years ago. Until the PLO followed an armed strategy, Hamas and Muslim Brotherhood were not founded. But the emergence and escalation of Hamas was in time of cancelling the armed and violent movement of PLO and peace talks. Meanwhile, Hamas insisted on armed resistance, other Palestinian factions who mainly gathered in PLO emphasized on diplomatic policy. In fact although the organization does not reject armed policy, its main emphasis is on peaceful negotiations. In this aspect the organization is fundamentally different from other Palestinian groups.

Like PLO, Hamas gradually has distanced from armed violent policy which insisted on guerrilla operations followed. This endorsement is not voluntary guerrilla but tends to respond the Israel’s actions. It means that Hamas is trying to remove the actions like hostage-taking, kidnapping, hijacking and guerrilla operations also not to follow them. That’s why Hamas gradually turns into a political organization. On the other hand, from the beginning of Palestine issue, liberation of whole Palestine was considered by all the Palestinian factions, but after the Oslo Accords and the peace treaty with Israel, a gap was created between the Palestinians, means that some were insist on freedom of the territories after 1967 and others were insist on the freedom of the whole territories of Palestine (i.e. from the sea to the river and from the Jordan River to the Mediterranean Sea).  Among this, although Hamas doesn’t state that its position has changed; in cooperation with PLO hasn’t resolved this ambiguity which shows that has taken away from the liberation of the whole Palestine.

The vision of Hamas to the diplomacy

Hams cannot be  considered as a government but a group and is away from PLO (established in the West Bank) and the government which wants to adjust its behavior according to international conventions. In fact, after years of experience Hamas must take away from being as a group. Although national government was established after the agreement with PLO and Abbas, Hamas still isn’t a government. It means that however Gaza Strip is fully at the control of Hamas and PLO doesn’t have a place in it, Hamas still does not behave as a state but looks to the international issues as a group. In the meantime, Hamas has not tried to act according to the international laws and conventions (like the United Nations), because doesn’t want to recognize the Israel’s existence. Obviously prefers to assign this role to the PLO and keep its positions. In fact if they changed their position, there will be the possibility of splits and disagreements. Therefore Hamas still hasn’t created a balance between these two issues; someone who accepts international system and acts accordingly and a group which has more freedom and  can  refuse them.

Convergence and unity in the Muslim world  in the Hamas Idea

Palestine issue still remains as a key issue in the Muslim world. The organization of Islamic conference which turns to the organization of Islamic cooperation has been formed according to issues of Jerusalem and the defense of it as the first Muslim’s Qibla. Therefor the issue of Jerusalem is in agreement of all Islamic countries. This issue is directly related to the Israeli occupation. Meanwhile Hamas introduces itself as a group which has a major role in these crises in recent years. From the perspective of public opinions in Muslim countries, Palestine is a part of Islamic countries and now is occupied. Therefor Hamas is placed as a defender in the top of this view and supported by public opinions, movements and states in accordance with the policies. So any Islamic countries even Egypt can’t take away from this issue. Actually countries assign their relation with Hamas according to their policies. Obviously Hamas organization has taken this flag after the distance of PLO from the armed policy and liberation of the whole Palestine.

**Disclaimer: The contents of this article are of sole responsibility of the author(s). The Institute For Islamic World Future Studies (IIWFS) will not be responsible for any inaccurate or incorrect statement in this article. The source and the author’s copyright must be displayed. For publication of IIWFS articles in print or other forms including commercial internet sites, contact: editor@iiwfs.com