The future of Hekmatyar and Hizb-i Islami in Afghanistan 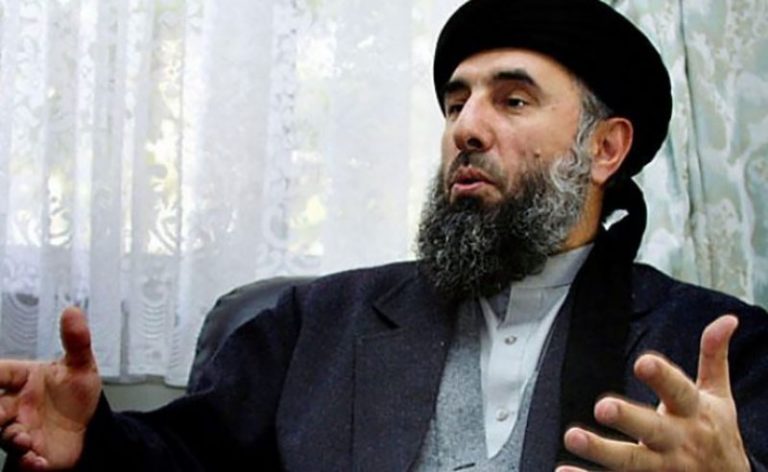 The future of Hekmatyar and Hizb-i Islami in Afghanistan

Former advisor and expert on Afghanistan

Gulbuddin Hekmatyar, after making peace with the Afghan government, has had a special approach to the country’s policy over the past year. To review the position of Hekmatyar and Hizb-i-Islami in Afghanistan and to further examine the matter, we had a conversation with Mr. Mohammad Hossein Jafarian:

IIWFS: Given the divisions of the Orghandiwal’s Hizb-i Islami in recent decade, the current political-military potential of Hekmatyar within the party, apart from the division of figures such as Hilal and others, to what extent Hekmatyar’s influence on the internal body of the party still exists?

Today, Hekmatyar’s influence is really minimized, because most of the main figures around him either became independent figures or they do not accept his leadership any more. In Hizb-i Islami, in the original sense of the word, (which has now become stronger due to the Saudis’ dollars and riyals, and has been able to reconcile some of its former commanders in different parts of Afghanistan by money, not by the trust of the parties and the belief in the leadership of the party.) even if the money is taken from Mr. Hekmatyar, his spiritual influence does not have such a credibility in Afghanistan, which can lead to or prevent something to happen in Afghanistan.

IIWFS: In a recent speech by Mr. Hekmatyar, in the Pashtun group of the party’s body from the Paktia Province, they indirectly referred to the Paktiya army of one million warriors; to what extent Hekmatyar and Hizb-i Islami in the Pashtun area of the southern part of Afghanistan (especially the border regions with Pakistan) can own a military? In other words, how is Mr. Hekmatyar’s military and mobilization capability in the southern Afghan region?

If he had such a privilege, before joining the peace process, he conveyed his several threats to the government in a number of suicide attacks (which later Hizb-i Islami claimed the responsibility of the attacks). If he could, he could have used it at that time. In the Pashtun areas, even if there are warriors and armed forces, most of them are inclined to the Taliban. The Taliban have serious contradictions with Hekmatyar, and a small fraction of them may join Daesh. If this small Pashtun section is annexed to Daesh, then there is a possibility that they will join Hekmatyar. Because their spiritual leader and their intruder to rule the affairs of the government can be Hekmatyar, but many of these forces are more in line with the Taliban, and this is a wish of Hekmatyar, who directly express it.

In fact, such a matter is not true. I also emphasize that, on one hand, the Kabul government declares that he has come to Kabul to carry out the peace process, but we see the worst offenses against Ahmad Shah Massoud, the national hero of the country (the national hero, the title which is given by the government itself to Ahmad Shah Massoud), and calling them ISI’s Pakistan spy. Hekmatyar himself stayed in Pakistan until 2 years ago, and his party’s budget was officially funded by the ISI. But he accuses Ahmad Shah Massoud for spying, who did not accept any government’s funding to let them penetrate the country. So it turns out that he has not come to make peace. But for purposes like these, naturally, someone who has come for such purposes make a lot of claims, but how much of these claims are practical needs time to be realized.

The Taliban had a problem with Mr. Hekmatyar even before joining the government. Because Gulbuddin Hekmatyar is very diverse in mind and it is very hard to predict how he will behave, whether in the same way that he goes or not. Of course, Wahhabi and the radical Salafist tendencies in his party have long been evident, but they followed this trend from various ways through the Pakistan’s ISI, committing to Saudi Arabia, or joining al-Qaeda, and Hekmatyar’s commute in different groups which are subdivided into the same ideas and thoughts, has caused Taliban’s distrust in the Hizb-i Islami and Hekmatyar. At a time when he approached the Taliban and announced his support of Mullah Omar and declared that they would be part of the Taliban, it soon became clear that this was not the case, and the Taliban officially declared their disagreement and contradiction with the Hizb-i Islami, and even wars occurred between them. Later when Gulbuddin Hekmatyar joined the government, the contradictions between the Taliban and the Hizb-i Islami increased. One year before joining the government, the diversity in Hekmatyar’s thoughts and views was clear in his lectures and attitudes; for example, one year earlier, he believed that the foreigners and the United States should leave the country, but some time later, he joins the government whose house in Kabul is being provided by the United States. This is a sign that has nothing to do with the Taliban today. Although the Taliban is called a terrorist group and there is a protest against its kind of struggle, they are resistant in their vote and they do not lie. But, Hekmatyar has shown that he can simply change what he has already done and has determined as his goal, and actually do the opposite.

IIWFS: Over the past few years, important figures from the Hizb-i Islami or some of former friends of Mr. Hekmatyar, such as Orghandiwal, have shown that they are reacting to Hekmatyar. What is the current status of Mr. Hekmatyar’s influence on the figures previously belonging to Hizb-i Islami? Especially that he had said that the future president would certainly be from Hizb-i Islami. To what extent is his speech a kind of magnification of his personality and the Hizb-i Islami which has the most votes in the Afghan society?

It must be admitted that Hizb-i Islami is rooted in Afghanistan and has been very influential, many of the prominent figures of Afghanistan, whether they are in power or those who are outside of Afghanistan, have been once in the party. Many of the current Senate senators, some former ministers and some vice presidents have been active in the party. Mr. Mohammad Khan (first deputy of Dr. Abdullah) was once in charge of the Hizb-i Islami’s intelligence and security department.