Social policy, an antidote for extremism in Islamic countries 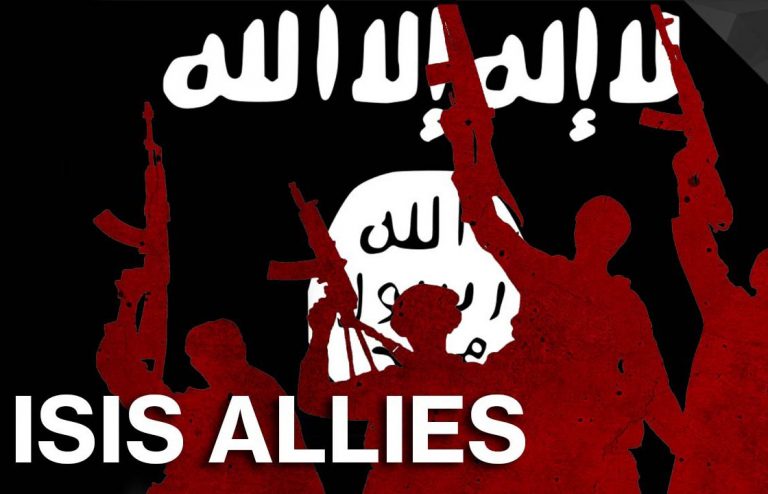 Social policy, an antidote for extremism in Islamic countries

Extremism has plagued the Middle East since the late 1990s and has become an issue of Anti-security in the past few years in countries that have already been stable. Extremism in this region, which has been accompanied by fundamentalist interpretations of Islam, has caused many casualties and ruination. But what is the root of the problem? Why have these groups evolved over the past 25 years and gradually increased their troop numbers? So far, various answers have been given to these questions, and various experts in political, security and military affairs have sought to elucidate these issues. The explanations that have been given so far have focused on issues such as identity consolidation, a particular form of understanding of Islam, the cupidity for political power, and being puppet regimes. Although these explanations are largely consistent with reality, one of the most fundamental issues of these extremist groups has been neglected. The question is why, among the members of these groups, there are different individuals and nationalities, and why only Muslim people with particular religions and sects join these groups? The main thing here is to consider the cultural, social, livelihood and economic conditions that many people have posed, and in that context, to explain the success of fundamentalist terrorist groups in the recruitment and organization of forces. In this paper, it is attempted to address this issue with regard to the issue of identity and rejection.

The socioeconomic origins of the members of the fundamentalist groups

The nationality and origin of many members of the ISIL are clear. Some of them are from countries like Afghanistan, Saudi Arabia, Syria, Iraq and Jordan. But what surprised the world and all analysts was the presence of some of the European countries, especially the rich ones in the terrorist groups. Family social economic status The majority of these members, as reported, are of low economic or working class levels and have occupations that are at the lowest level in the social status hierarchy. The other feature was that they were not admitted to the community they had emigrated. Most of their families came from Europe after the Second World War, with a shortage of workforces in Europe, and they were trying to compensate for their background and poverty that they were struggling with in their country. When they arrived in Europe, the majority of those who did not have academic qualifications in their country were engaged in junior activities or jobs that made them little income in these countries. They were also deprived of many social services because the social benefits were only for those who had the nationality of that European country and this would deprive a wide range of immigrants of a standard life.

Poverty and the lack of education and exclusion; a driving engine for the development of a dangerous mind!

The conditions mentioned above put together to lead to a major disaster; The emergence of a dangerous identity and interpretations that could compensate for all intellectual, educational, economic and even cultural backwardness by treating a dangerous act according to their own interpretation. These people have long been deprived of many of the economic and social benefits, such as health, adequate and comprehensive education and standard shelter and in many political and cultural processes, both in the European countries with which they were alien and in their own countries, with various labels such as religion, lack of connection with the governing body and ethnic affiliations, they have been deprived or limited too. Here, there is only one thing: because of the lack of confrontation with new thoughts and being away from the field of education, they are taking refuge in interpretations or groups that give them a new and powerful identity. It is here that a dangerous mind can take shape and take any action to achieve a great identity!

What social policy is there for the future treatment of the Islamic world?

The base of a dangerous thinking is formed in an environment that is not confronted with the world. The confrontation with new ideas that pass through inclusive education, political liberties, and socio-economic development does not allow the emergence of a fundamentalist thought. In addition, if social policy is used in a meaningful way and does not only stay at the level of the basic needs of life, and focuses on Inclusive policy, multicultural citizenship and criminal justice, it can integrate all cultures and ethnicities, regardless of religion, gender, ethnicity or race, into a new national identity in which all citizens have the right to freedom of expression, civil liberties and the right to vote in all areas. In this case, the emerging political system will put in place more democratic successful policies by creating a link between the government and the nation.

In fact, nation-building has been one of the main goals of the reform of the welfare state. Social policy must be adjusted not to give concessions to specific groups, but to include the entire population of a single nation. In addition to the benefits of economic development of education, the intellectual and the humanization advantages of it overcomes all its other aspects and it will be the Regime that can prevent the dangerous thoughts that emerge in isolation in the public domain.

It should be noted that the way social policy is presented in Muslim countries is very important. The Islamic world has different sects, ethnicities, nationalities and even different religions. The suggested social policy that it is going to focus on only one group actually leads to the rejection of other social groups and the formation of extremist thoughts. In addition to the type of social policy, its content is also important. An ideology may be exclusively taught in schools, universities, and in the content of textbooks, and the emphases are entirely on it, and other thoughts are neglected; This is a kind of abandonment and neglect that, as we have already mentioned, democracy and the participation of all in the policy making of a country–economic, cultural and social–solve all these issues.

This article attempts to briefly analyze Islamic extremism from a social point of view and provide a general solution to it. All explanations of how extremist groups are formed, as well as the formation of fundamentalist thinking, are largely correct and those who are the leaders of such groups are taking violent acts only to seize power in the countries of the region. According to analyzes conducted by many experts, the leaders of these groups may have political and economic affinities, in addition to political reasons, to major powers or countries in the region. This text does not reject these issues, but it also shows the spread of extremism among social groups. Finally, it was talk of the solution that social policy, both as a field of study and as a policy measure, offers to counteract extremism against the countries of the region; Of course it should be said that one of the preconditions that can effectively implement social policy is the political system and democratic policy making structure that is unlikely to be used by some regional countries at this time.

* This article is originally published in Persian and translated by A.R. Mirjomehri.