Cultural weaknesses, dangers and damages in the Islamic world 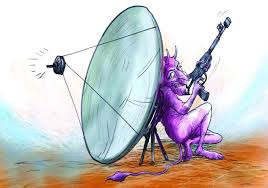 This article investigates the cultural weaknesses, dangers and damages in the islamic world. It should be noted that the anatomy and the analysis of this paper which introduces some cultural damages of islamic world is based on the definition of culture and its structure in this sense the culture pyramid has consisted of seven elements, the lowest and the most fundamental part of it is the opinions and beliefs, the next element will be the values. Respectively this pyramid is composed of norms, attitude, knowledge and products and the top of this pyramid is symbol.

According to this introduction, the origin of cultural weaknesses in the Islamic communities must be first considered in the inner identity of muslims. The inner identity of Islamic world which also is the image of itself, the world ahead and its values, refers to historical deviances and fundamental changes in humanity, ideology and Islamic values that occurred after Prophet Muhammad (PBUH).

These fundamental changes in beliefs and deviance in values has shown its weaknesses in different ages of islamic world and caused the Islamic culture to be vulnerable in its different layers in a way that we can consider this deviance as the reason of second origin of cultural damages.

The second origin of cultural damages in islamic world is the cultural invasion by non-islamic states or in other words the colonial governments on muslim societies. This source of infiltration causes many cultural damages in Islamic world. The especial role of culture causes the misuses of this powerful element by colonial governments. These countries are trying to extend their culture as the dominant culture to other countries especially muslim ones. As in our thoughts, culture takes precedence over economy and politics and the culture gives the direction and forms the policy and economy, therefore colonial governments are trying to put economy and politics in the same direction of culture by extending this culture or in other words Western culture.

Since the national authority is the result of cultural, economic, political and military values and components and the culture element has the most important role and position among national authority components, so if countries do not own independent culture and also economy and politics, they will not have authority, independent power and political stability in the world and a country without independent authority won’t have a way to achieve its aims. The dominance of colonial and western culture on Islamic world and also its impact on economy and politics has been the reason of colonization and the loss of identity and authority of Muslim countries during years. The major attempt made by colonization in the islamic world aims to destroy or undermine national authority of these countries.

Another way which this invasive culture has passed to decline the culture of islamic world is the influence on the Muslim’s lifestyle, in other words the entrance of invasive culture is made by outer layers of identity (lifestyle) i.e. symbols, products, knowledge and finally changes in norms and behaviors which this reverse trend of culture layers gradually has changed the values and behaviors among Muslims.

Modernization in the Islamic world which is counted as a cultural crisis can be an example of Outcome of the lack of identity in Islamic world. The entrance of modernization and getting the technical symbols of it by muslims even with the aim of defense and following the west to achieve military power and economic development has caused the creation of western values and norms among Muslims because new and modern phenomena bring, especial values and cultures. So the superficial Westernization which has begun by political and economic elites and unrestrained consumerism   also non-native behavior can separate them from the followers and this issue creates gaps in the culture of these communities. Thus clash of invasive culture and native value system in addition with the gaps between cultures has made a sense of inferiority in front of the west.

The collapse of identity and self-identity in the Islamic world is the reason of many other cultural damages such as the lack of confidence in culture and science, decline in the level of knowledge and then technical dependence on developed states.
The final point in the case of cultural damages arising from oblivion of original Islamic identity is the Muslim’s trend to nationalism in formats like Arabic, Iranian, Turkish and so on.

One of the most important concerns of this type of nationalism in the islamic world is making an identity away from original islamic identity which tries to fade the geographical boundaries and making human closer to the level of brotherhood with religious commons.
Building the Arabic, Iranian and Turkish identity relying on factors such as language, history, literature, habits and features is one of the most important elements of nationalism.

We hope that the scholars and governors of Islamic world attempt comprehensively to promote the culture of Islamic world by knowing these weaknesses precisely and finding solutions to address them.