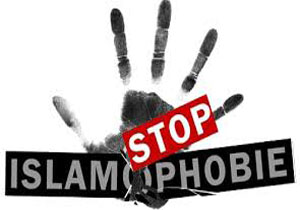 After  September 11 attacks and especially in the recent decade, computer games have been one of the most efficient media to  affect public thoughts to accompany the aims of dominated regime in general and US in particular.

William Cohen, Former US Secretary of Defense used the expression of “World War IV” for the first time after the September 11 attacks. He added: “America and its allies war with Islam is the World War IV”.  From the American view point, the changes in behavior and the structure of Islamic republic of Iran and the control of Islamism in the Middle East, in fact were counted as the victory in World War IV. This anti-Islam view which derives from the Huntington’s theory of the “clash of civilizations” was trying to replace the danger of  communism with the danger of Islam.

One of the new media tools to overcome this war is the use of ‘computer games’. Computer games are influential tools that due to their high impact and attractiveness have targeted children, teenagers and even adults. Computer games can be known as silent but effective media  that US has used it a lot to achieve its colonial aims especially since the last two decades. Actually the massages of these games are not clear and obvious but some of them indirectly affect the unconscious.

On the other hand Iran as a rich country in Islamic culture and full-blown confrontation in the political scene and international conflicts with the west especially US, has been the pivot of these computer games in which these two elements of power namely ‘Islamic culture’ and the unique ‘political position’ in the region and also in the world has been targeted.

Medias with long term plans and macro strategies have created new function with the name of ‘Manufacturing Consent’ for themselves and Instead of spending energy to persuade public opinion, in long term, they manage the audiences’ subjective data in a way that politician’s attitude in crisis became exactly their desirable view. Although this method requires more time but it has better and more sustainable results.

Baudrillard is one of the postmodern commentators. He believes that ‘hyper reality’ is created in the world where mass media are every part of it.  Hyper reality consists of a mixture of behaviors and media images.

He means by hyper reality that computer, communications technology and media replace the reality through producing images and models of reality. Postmodern philosophers like Lyotard and Baudrillard believe that policymakers form and direct the reality, create symbols and make the human’s needs, images and behaviors conditional, through “simulation” by media and organize people’s mind by creating hyper reality. Another reality is not the result of our contact with the outer world, but it is what TV screen and/or computer game present us. In the world of new media the boundaries between information, entertainment, images and politics is collapsing and in the following news, documentaries and computer games get the political, advertising, entertaining and educational dimensions and direct our understanding of the world. Hence global manufacturers of computer games, like other global media which mainly depend on Zionism and are part of cultural NATO, alongside the creators of animations, videos, magazines and toys in a complex motion are creating desirable image of Islam and Islamic civilization in the mind of their audiences. So that in all of their production, Islamic countries are shown with symbols of the desert, camels, irrational violence (terrorism), cruel kings, secrets of the supernatural (show retardation) and damaged buildings and so on.

One of the dominant discourses on the content of the mass media in the world is the orientalism. Orientalism is the western nation’s explanation of the east which is formed during many years. The west needs the explanation of “other” to give meaning to itself and make a dominant identity. It means as long as there isn’t “other”, western dominant identity will not make any sense. Hence, the Orientalism discourse forms with the aim of humiliating the eastern nations in culture and literature. “Edward Said” defines the orientalism as a kind of western style related to establishing dominance, restructuring and having authority over east. With highlighting Muslim’s believes and occurrence of great social and political movements in Islam, orientalism discourse has focused fully on Muslims as far as Islamophobia and media form the main trend of new orientalism.

Islamophobia is to instill an exaggerated and irrational fear of Islam which has caused to promote a negative and non-peaceful image of Islam in western societies.

In some of these games, it is necessary to pass the Islamic values to reach the aims. Another part of computer games are focused on providing a violent image of Islam and Muslims in the western communities. It is tried to attribute the violent, authoritarian and destructive spirit to the Muslims in these games and make a connection among Islam and terrorism and religious symbols such as mosques introduced as the center of terrorists.

However, in the analysis of western strategic method in this area we must say that the aims we imagine for computer games like economic interests, cultural and commercial advertisings and other destructive social effects are all parts of a macro cultural-political policy and islamophobia is in the center. If they succeed in this policy, they will face to fewer problems in the next generations because the grown generation without their guide automatically and unconsciously, will spread the indoctrinated thoughts of cultural NATO.