The Process of Political Negotiations and Upcoming Challenges in Syrian Crisis 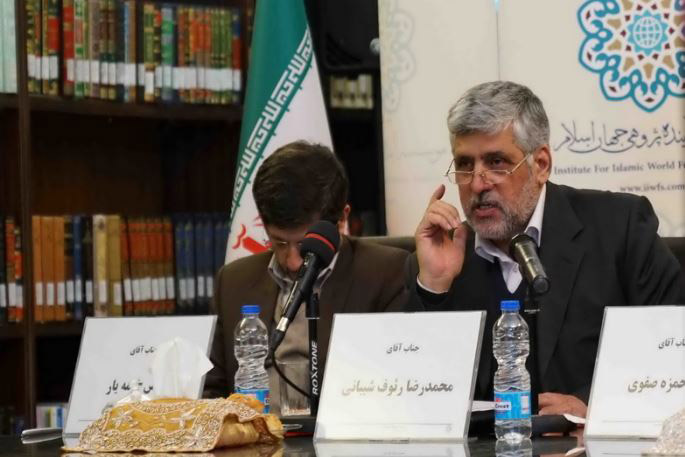 In the Name of God

The Process of Political Negotiations and Upcoming Challenges in Syrian Crisis

The Former Iranian Ambassador to Syria

Before beginning the speech, I congratulate you on the start of Dahe-ye-Fajr, with respect to the memory of all martyrs, especially the martyrs of the Islamic Revolution, the Holy Defense and the Holy Shrine Defenders and Imam of the Martyrs. The headline of this speech which I’m charged with, is about the process of political solution, or in other words the process of political solution and the challenges which the Syrian crisis encounters. I will try to bring up the issue in four headlines. First, I will have a quick mention of the set of initiatives and political plans which have been proposed by the involved players of Syrian crisis. In fact, some of these initiatives have reached a dead-end and have remained resultless, but some are still discussed in the political negotiations. The next headline is about the approaches and the way the involved players interact to solve the Syrian crisis from the aspect of political solution. The third headline is about the existing challenges for political solutions and finally the up-coming horizon; and what horizon is conceptual for the Syrian crisis.

1: Initiatives and Political Schemes of the Involved Players in Syria Crisis

2- Players’ approach in the political solution of the Syrian crisis

Our second subject is about those players who have pivotal role in this crisis, and also we will discuss about what approaches they apply in the political solution of Syrian crisis. To sum up : America, Israel and some Arabs like Saudi and Emirate have an approach to sovereignty alteration, political transition and the continuation of crisis. In the other words if they do not reach their goals, the continuation of crisis will be on this group’s agenda until they achieve their goals. The basis of their action in political resolution depends on Geneva Declaration and United Nations Security Council Resolution 2254 and as already mentioned, in fact that is the sovereignty transition. Because they could not reach their goals in the battleground, now they want to change sovereignty by political negotiation. The United Nation’s approach, as another player, is clear. United Nations with the inclination to show opposition from itself, focus more on de-escalation of human condition, coordinating contentious or different perspectives of crisis, ceasing violence condition and ultimately changing the governance body in Syria.

Syria as another player, wants to limit the scope of the crisis solution to its friend countries. That is Syria tries and does its best to keep and have crisis solution among countries which are friends of Syria. The present dispute or quarrel in Syria is between this country and its enemies, not between Syrian government and Syrian opposition.  In fact Syria wants to put aside the reality of opposition and highlights the danger of terrorism. Syria has always defined any kinds of political solution by fighting against terrorism. The fourth player in this crisis is Turkey which its present priority is deleting the Kurdish player from this equation. Crisis solution with the lowest points to the Syrian government and the continuation of crisis to clarify the horizon of political solution is another approach of Turkey. In fact, I believe that Turkey does not demand the same formula that Iran and Russia use in crisis solution. And the other players in Syrian crisis are Iran and Russia that preservation of sovereignty is their main approach. Iran and Russia pursue sovereignty reform. And limiting the scope of crisis and involving some appropriate opposition in political resolving are Iran and Russia’s other approaches. We are unwilling for Geneva agreement to be the base of political solution. One strategic mistake of Russia is Geneva agreement that happened at the beginning of crisis. As a matter of fact the starting point has some problems and as a result it seems that it is too difficult to get rid of this situation.

3- The upcoming challenges for political solutions of the crisis

The challenges that the Syrian crisis confronts include: lack of consensus among the players. There is still a lack if solidarity in the opposition. There are contradiction and interference among the interests of the foreign players in this crisis. The expansion of the scope of the Syrian crisis to the international level, that is barely stoppable. The presence of irrelevant players in the crisis including Al-Nusra Front, ISIS, al-Qaeda. These players find their existence in the continuation of the crisis and the insecurity of the situation. One of the other challenges is that some of the players haven’t declared their positions in this process, or they don’t provide the terms of finalizing the agreements. Therefore, they still follow the policy of disarraying the whole game. The type of the solution matter a lot to us. This is one of the other challenges we confront as Islamic Republic of Iran. Which solution process should be followed? In other words, we should obtain the goals we sought at the beginning of our participation during the political solution. What did we demand from Syria? Do we interfere in the crisis because of Syria itself or because of its resistant nature? What aspects of our regional strategies can Syria provide? In fact, this is another challenge that is of our concern.

4: The horizon of political solution

The last subject is about political solution. To put it in a nutshell, the political solution predominates. In other words, the idea of political solution almost excels the military solution. Almost everybody accepts that they cannot reach their goals through military approaches, thus they have shifted to the political solution. Second, there are some serious complexities and obstacles against consensus in the political process. Third, the relative compromise between U.S. and Russia is practically deteriorating, due to the approaches of the new American government. In other words, the compromises that passed through the most difficult crisis which was the crisis of chemical weapons, are either practically unattainable or very hard to attain, due to the U.S.’s recent approaches. The process of field changes are currently of concern for some of the players. Especially the Zionist regime is very concerned now. It demanded some other results out of this crisis but now the tables are turned. There are new contexts for formation of new crisis too. The competition between Sochi and Geneva has violating the terms of political solution. That is Geneva believing that Sochi will take its place. Mr. de Mistura’s reaction in Sochi showed how much he cares for this issue. The Russians didn’t want to fail in this meeting. They granted some concessions to Mr. de Mistura. He became in charge of the mechanism of the constitution committee and it was emphasized that this meeting is not out of UN’s agenda and the 2254 resolutions. This mean that it was emphasized that the base of our work is still the statements of the UN and the Security Council’s resolutions. Another point in this horizon is that I suppose Turkey still doesn’t plan on accompanying Iran and Russia’s approaches in the political solution. The Turks are still squiring due to their despair and the change in their priorities. There is a possibility that Turkey will change its plans, but it must somehow be under control. In the Afrin operation and such battlefield issues and the concessions that Russians granted the Turks, it was pretty obvious that at some point when the Turks find their opponent in a needy situation, they will blackmail and put their opposite side under pressure. But in general I suppose this horizon is a much brighter horizon than the beginning of the crisis. That it both the Syrian sovereignty and the government are still functioning and they are regaining their power day by day. It has presence in different zones and territories. It even claims that if there is a war between the Turks and the Kurds, it is willing to attend and settle there and eliminate their concerns. This is a prosperity that has been achieved. The political solution that I talked about has excelled other solutions which is a positive step forward. The battlefield situations has become proper and our political process has currently shifted to the mass management of crisis. We and the Russians with the help of the Turks are operating in this field. Meaning that others feel that they should follow this process. Let me utter some points about Europe. I have recently been in Europe. I had a discussion with Javier Solana and he seemed very unhappy. He said: Where is Europe’s position in these transitions? The presidents of Iran, Russia and Turkey meet and make decisions in Moscow, but there is no place for Europe and this is a matter of concern anyways. I believe it is necessary to have the collaboration of different players for the matter of reconstruction and we have to consider this issue. Everyone should feel responsible for the political process of the Syrian crisis, so that they would feel responsible for the reconstruction, too. Accept my apology for taking your time. Thank you.

– This speech was delivered by Mr. Sheybani, the former Iranian ambassador to Syria, in the meeting of “Discussions on the Syrian Crisis: The latest field and political dynamics” on Feb. 5th at The Institute for Islamic World Futures Studies.