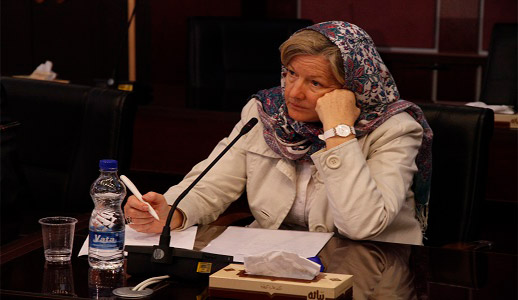 International Conference on the Geopolitical Crises in the Islamic World

Saudi Arabia is facing a lot of challenges in the time being because of the situation in the Middle East and the kingdom seems vulnerable for different reasons:

The first one is the period of tension and transition because of the political changes in the Middle East region and the threats from terrorist groups like ISIS or AQPA.The Syrian civil war is also a matter of big concern for Saudi leaders but they failed to reach an agreement with all parties to solve the crisis. They were involved since the beginning, they are backing anti-Assad forces and they still believe that the war cannot and will not stop until Assad steps down.

The third one is the nuclear deal between Iran and the International Community. As you know Riyadh is very angry with this deal and fears the return of Iran on the regional scene.

As you know King Salman is to be the last of that generation to rule Saudi Arabia and what will happen after? It is not clear and there is a lot of speculations about it. The only thing we know is that the royal family has put power in the hands of a new generation of leaders and young Saudis appreciate this but all the princes do not accept King Salman’s attempt to establish a throne passing from father to son.

On the domestic field, Mohamed Ben Salman chairs the newly created Council of Economy and Development and has proposed an ambitious plan to reform the kingdom’s economy  away from oil dependence with the 2030 vision. He promised privatization of the economy, something that Saudi Arabia has been unable to achieve for decades. But the question is: is it possible to change the way of thinking, the way of living of Saudis? Would they accept a new social contract? The government is not able to create enough jobs for the three hundred thousand young Saudis annually expected to enter the job market between now and 2030.

The challenge of the Yemen’s war

It seems that under Mohamed Ben Salman, Saudi Arabia adopted a more confrontational policy with its neighbors and the most important break is about the military intervention in Yemen. This intervention is a real change despite the objective of the Saudis when they began the bombing campaign was the restoration to power in Sana’a of what they called the “legitimate government” of Abdel Rabbo Mansour Hadi who had been driven out by the rebel forces, known as the Houthies.

Is this goal could be achieved by bombing? I do not think so. In fact, we do not really understand what is Saudi’s priority in Yemen because when Prince  Mohamed bin Salman was in Washington last June, one of his closest advisers told guests at a dinner that the Saudi objective was not to restore Hadi’s government or fight Al Qaeda, but simply to prevent the emergence in Yemen of “another Libya”—a violent, ungoverned expanse where militias rule in different areas.

The Arab revolutions, the Kingdom and the USA

Washington supports Saudi’s intervention in Yemen but the Americans expressed their concern because there are a lot of civilian victims. So, until when Washington will support Riyadh? To answer this question we need to go back to the beginning of the Arab Revolutions, Saudi Arabia was very surprised that Washington stopped supporting its allies in the region, such as Hosni Moubarak and Ben Ali and started worrying about the soundness of the bilateral relation. And of course this concern increased with the signature of the Agreement with Iran last year.

To summarize this point, we can say that the perception in Saudi Arabia is that international players and in particularly the United States are not doing enough to secure the Middle East and the Kingdom.

The inflexions of the American policy in the Middle East under the presidency of Obama –critics of military intervention of the Gulf Cooperation Council in Bahrain in March 2011 and divergences on the regional policy towards Iran or the Syrian conflict – contributed to put under pressure the Arab Gulf States and especially Saudi Arabia.

Saudi Arabia is concerned that the US has become more ambivalent regarding its presence in the Middle East. One question today is whether the new president, Donald Trump, will continue on the same foreign policy or not. During his campaign he just promised to be “reliable” and unpredictable” on the international stage.

And what about the oil market? I have to add a point about the changes in the US energy market – as you know domestic oil production makes the US less dependent on imported oil –, is raising questions in Saudi Arabia about the commitment of Washington about its security in the future.

For these different reasons, some Saudi officials think that the Kingdom has to diversify its security relationships but how is it possible and with whom?

Nevertheless, this situation encourages Saudi Arabia to reinforce its relations in the domain of defense with different partners, in order to show the Americans their dissatisfaction. France clearly is part of this determination to diversify. Hence, Gulf States and especially Saudi Arabia represent one of the most interesting arm markets in the world. In 2011, Riyadh devoted 7.2% of its GDP on military spending, 9% in 2013 and 13.7% in 2015.

The question raised by the major purchase of arms by Saudi Arabia is the following: even if Riyadh spends hundreds of billion for its defense, it relies on the presence of major foreign States for its safety. The purpose of arms purchases would thus be more diplomatic than military because those purchases maintain ties with external powers and it also has an internal dimension in the fight against radical groups (Saudi Arabia faced many acts of terrorism). Indeed, despite the investments and the breadth of the arms contracts, its operational weakness prevents it from ensuring its strategic autonomy that is why its safety eventually remains dependent of partnerships with Western powers.

Therefore, it is important to analyze the reaction of the Saudi’s society towards the huge
amount of money spent in the field of defense, without the Kingdom being able to ensure its defense, at a time when the Kingdom’s resources decrease because of the decline of the price of oil.

This need of safety should allow Riyadh’s strategic allies to better conciliate the economic and military necessities, and the respect of Human Rights that are not always respected by the Kingdom.

Conclusion
If we take a look at this situation after the election of Donald Trump we can have some questions. The priority for King Salman is the security of the Kingdom but what is the position of Trump? During the phone conversation after Trump’s victory, King Salman wished more progress for the US government and its people and more ease for the new Trump administration to be able to achieve security and stability not only in the Middle East but all around the world. The king also praised the “historical deep-rooted close relations between the two friendly countries for which everyone is looking forward to developing in all fields for the interests of the two countries.”

But we cannot forget what Trump said before the election about this country in the tweet:
“Saudi Arabia should be paying the United States many billions of dollars for our defense of them. Without us, gone!” But he could choose business first to boost economic cooperation. Trump also slammed Obama for his veto of a bill that would allow the families of 9/11 victims to sue the kingdom, saying it was “shameful and will go down as one of the low points of his presidency.

”Trump said that as president he would sign the legislation. Saudi Arabia described the law as of “great concern”.