Is the Egyptian regime to move towards the formation of an Inclusive party? 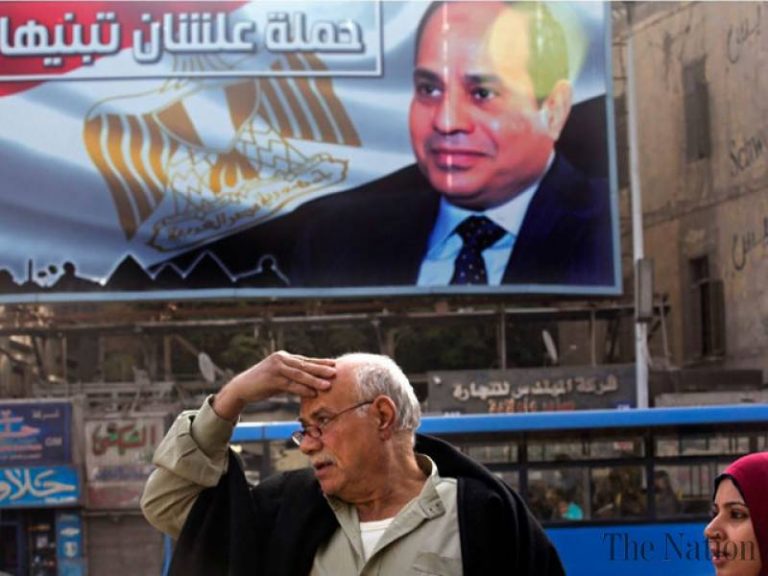 Is the Egyptian regime to move towards the formation of an Inclusive party?

Following the coup of Egypt in 2013, which arose as a result of the massive protests against the government of Mohamed Morsi, the military, which saw itself above the political battles of civilians and humiliated party activities, refused to form a political party to control society. However, the political system, with the help of the security agencies and the members of the disbanded NDP-dependent on Mubarak regime-, created a heterogeneous coalition of mostly independent representatives, or pro-regime parties, called “Egyptian support”. Within the parliament, the security forces of regime also tried to maintain control over the parliament by persuading and intimidating the opposition MPs, influencing in independent parties and tearing them apart (like what happened in the Free Egyptians Party), and the disciplinary control of the parliament through the head of parliament, Dr. Ali Abdul-al.

However, factors like the decline in the popularity of General Abdel Fattah el-Sisi due to economic problems, the implementation of economic austerity policies, the ineffectiveness of the administrative system, as well as challenges such as terrorism and the possibility of social unrest, has led the Egyptian regime to reconsider its former policy of not forming an Inclusive party. Hence, many movements in the circles of the Egyptian political regime have taken place to formulate the old elites in the form of an inclusive party such as the disbanded National Democratic Party, all of which have failed.

On the other hand, there is evidence on the Egyptian political scene that leads the writer to believe that Abdel Fattah el-Sisi, with the support of the Egyptian army, has chosen a different way to marginalize the remaining elites from the era of Mubarak- many of whom are dependent on other centers of power such as General Intelligence Directorate (Gihaz El Mukhabarat El ‘Amma) – in addition to creating an inclusive party and increasing popularity in society. The general outline of the Sisi strategy for the future of Egypt can be the creation of an inclusive party of new faces, the marginalization of the old and corrupt elites, their substitution with young figures, and the general promotion of the elitism associated with the military.

Elitism, the most important pillar of the new system

From the outset of the first term of the presidency of Sisi, the Egyptian system, with the understanding the exclusion of young people from the necessary training and keeping them away from decision-making centers, as one of the most important factors in their strong role in the 2011 uprisings, has tried to has been trying to win support among young people. The first major relationship between the system and the youth can be seen as the full support of the Egyptian army and its intelligence agencies from The Tamarod movement which in 2012, was able to play a significant role in the coup of 2013 by collecting millions of signatures and mobilizing the people to dismiss Morsi. After Sisi became president, the Egyptian government tried to attract young people by holding periodic conferences between youth and high-ranking government officials, including the president. Since 2016, five national youth and government conferences have been held in Sharm el-Sheikh, Cairo, Aswan, Ismailia and Alexandria. The Egyptian regime also held a conference entitled “The World Youth Forum” in November 2017 in Sharm El-Sheikh, in line with its own interests.

However, the most important action of the Egyptian regime in the direction of targeting young people, as well as combining it with elitism, can be seen in the establishment of the “National Academy of the Empowerment and Education of the Youth ” in August 2017with the aim of training and empowering young people to serve in all sectors of government and the private sector. In addition, the National Academy has set up a management Initiative called “Youth Leadership Planning Program”, in 2015 with the participation of the Prime Minister, the Department of Defense, the Department of State and the Planning Ministry, whose members will be prepared for high-level positions in governmental and private sectors as they study at the academy. Opponents of the Egyptian government accuse the program of inaction and the political system of performing dramatic reforms. But this program is, in fact, the platform for pro-regime youth to head to headquarters.

In this program, privileged graduate students under the age of thirty are trained in three major axes of political and strategic science, management science and leadership techniques, and ultimately social and human sciences. According to some reports, the youths applying for the program pass through a number of security filters and detailed investigations to prove their loyalty to the political system and strategic and political courses are held under the supervision of Nasser Higher Military Academy. The prominent and loyal members of the program, who are directly recruited to senior administrative positions such as the head of the office, the vice minister and the minister’s adviser with high salaries, sometimes have higher powers than the minister, and are targeted by the media in order to highlight their role. In the future, these people appear to enter the decision-making circles of the Egyptian system if they remain loyal to the political system, especially the army.

Despite the fact that the post-2013 political system did not endeavor to form an inclusive party, it was able to gain control over parliament by establishing the “Support Egypt ” coalition and the architecture of the security forces, and with the help of the members of the dissociated National Party and members of the supporter parties of the regime, each of which belonged to one of the various spectrum of the system. However, the decline in the popularity of Sisi, which revealed itself during its 2018 presidential election, as well as the emergence of signs that the army and Sisi were struggling to put an end to old figures and rival power centers, and to exercise full control over the country has changed the strategy of not forming a party, and has led to signs of an inclusive party, most of whose members are youth and political activists affiliated with the military.

This has been very much taken into consideration by the media and the politicians, especially after the start of the second term of the Sisi’s presidency, and when he called on the parties to increase their efficiency by integrating together. In this regard, three major factions have been active in integrating parties and are trying to become big parties. The “Support Egypt” coalition, composed of a large range of pro-regime forces and the members of the dissociated National Party, the Wafd party, which is trying to play the role of the National opposition party and pro- Sisi, and the Nation’s Future Party that was established after 2013, and seems to be from parties close to the Egyptian army.

The Nation’s Future Party is one of the newly established Egyptian parties that was set up after the 2013 coup. Analysts believe that the party was established at the time of the defense department of Sisi and with the help of the country’s military intelligence. The party won 53 seats in the 2005 parliamentary elections, which made it the second largest party in the parliament after The Free Egyptians Party, affiliated with Naguib Sawiris. On the other hand, the presence of the former head of the party alongside Sisi at the opening ceremony of the Suez II Channel on the Sisi carrier ship, as the only chairman of the party on the ship, is also one of the hallmarks of the proximity of the party to the presidency. The party currently has 120,000 active members and more than 58 headquarters throughout Egypt, increasing its seats in the parliament from 53 to 57, and it is expected that the number of members and the number of seats will increase. Funding this party is through two wealthy close to the Egyptian army named Ahmed Abou Hashima and Faraj Amer.

According to the above, it seems that the Egyptian government is considering the plural nature of the Egyptian governing body and the profound differences that exist between national intelligence and military intelligence, relying on the three sides of elitism, youth, and the establishment of an inclusive party, intends to fully seize the country’s political climate under the absolute obedience of the army. Meanwhile, the Egyptian president’s attempt to create a paternal, unifying and transboundary coalition has made it unlikely for Sisi to join this party, or even for the election of the prime minister, in the short to medium term and this will make the Nation’s Future Party a majority parliamentary party with a limited shareholding in the government. Another possibility that should be taken into consideration is the transformation of the Nation’s Future Party into the ruling party, the addition of the young trained technocrats to the party, and the formation of a government by the party, which the probability of it is very low in the medium term but it may be a scenario on the table. The 2020 parliamentary elections in Egypt will determine the extent to which the Egyptian government has succeeded in embarking on policies for the mobilization of youth, elitism, and the creation of an inclusive party, and which policy will be adopted.