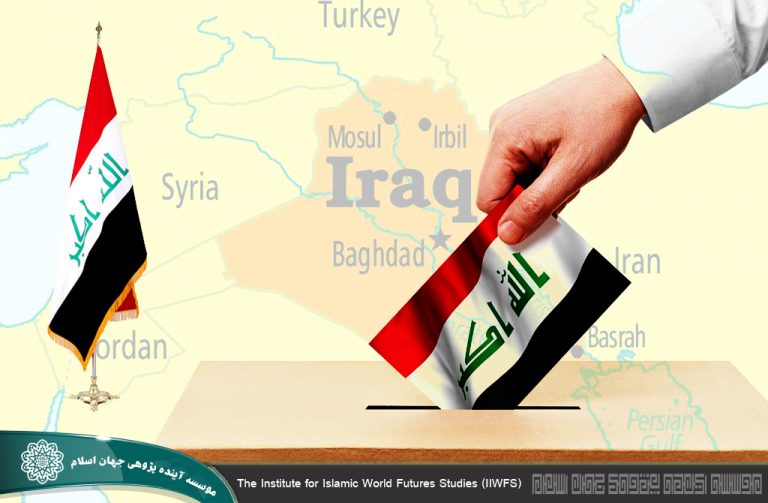 Expert on the issues of Iraq

Parliamentary elections will be held in Iraq on 12 May 2018. Given the recent political-security developments in Iraq, the defeat of ISIS, the defeat of KRG’s referendum and various political alliances, the current political situation in Iraq has become very complicated. It also has great significance for domestic actors in Iraq and for Iraq’s neighbors. The following interview explores this issue.

IIWFS: What is the difference between the upcoming Iraqi elections and the previous ones?

All of the Iraqi parliamentary elections have been held in critical periods and they have been of great importance. This course is no exception. But there are significant differences. The most prominent feature of this elections is the unprecedented split between alliances and even parties. This situation is seen both among Shiite, Sunni, and Kurdish alliances, and has occurred within some parties such as the Supreme Council, the Islamic and the Dawa Party. This disparity in this period has been extremely impressive. In addition, the formation of many coalitions is not clear, and there are different and contradictory views of multiple candidates within each coalition. The Sauron Alliance between the Sadrists and the Communists and the coalition of Al-Nasr in which Kashkuli is controversial from some perspectives, are examples of these heterogeneous combinations. Genesis of the Popular Mobilization Forces, part of which will be called Fatah in the current election, the unprecedented problems of Sunni refugees in the areas that were under ISIS’s occupation, the challenge of these citizens with the Sunni politicians who relied on the seat of power over the past 14 years and the improvement of the relations between Riyadh and Baghdad in recent months and the efforts of the Saudis to play a serious role in the political and social spheres of Iraq are features of this election.

IIWFS: Explain the process of coalitions in Shia. How do you assess the future of these Shia coalitions in the upcoming Iraqi parliamentary elections?

Shiite coalitions have been experiencing a sharp divergence during this election period. The Supreme Council is present in a coalition apart from Hakim Alliance after a transformation in which the flow of wisdom has been born out of it. Sadrists, who had left the current Shiite coalition for a long time, have formed a historic and interesting coalition with the Communists with the name Sauron. The members of the Dawa party will be present in two separate Nasr coalitions and the Government of Law with a split, which seems to be temporary, and Fatah, representing part of PMF, will also be present at one of the Shiite alliances.

These five alliances form the most important Shiite coalition in the election. The division of forces within these parties and coalitions is such that none of them seem to be able to be overwhelmingly tangible and significant, so the formation of a coalition between some of these coalitions after the announcement of results is certain. However, whether the Shiite National Coalition, which in fact was the umbrella of the Shiite parties in the past, also took shape during this period, can be considered.

IIWFS: The Iraqi election is the scene of the controversy and the political rivalry of the coalition, some of which have been formed close to the election. What is the role of the current elections in distributing power among the Shiite parties and movements in Iraq?

Perhaps one of the unique features of this election is that it determines the social contribution of each of the Shiite and even non-Shiite political parties and movements more precisely. In the Dawa party, Al-Maliki and al-Ebadi are present separately in the elections; Hakim is separated from the Supreme Council and is present independently in the elections; Fatah, in other words, Shiite resistance groups are testing themselves for the first time, and the Sadrists are competing with reformist and civilian slogans. Therefore, we will see the determination of the weight of the parties and even the intra-party flows in this period, and this is true among the Sunni parties. But the issue of choosing the future head of state is naturally an issue outside the framework of elections and votes and is subject to agreements between party leaders as well as effective regional and international actors.

IIWFS: What is the degree of intellectual coherence among Shiite groups?

This intellectual and political cohesion in this period has reached its minimum. I also mentioned earlier that the split in some Shiite parties, the expansion and contraction of some alliances, such as Al-Nasr, Sadri’s coalition with the Communist Party, which depicted a caricature scene of a decades-long struggle between Islamists and Communists in Iraqi society, The efforts made to bring these parties closer to each other and many other things, including those indicating that political and intellectual coherence is at a low level.

IIWFS: What are the coalitions among the Kurds, especially after the referendum on the separation of Kurdistan?

The Kurds after serious conflicts, which is part of the result of the referendum and the issue of Kirkuk and the disputed territories, experienced serious tensions. Kurdish parties will each be present in KRG separately. However, after it was announced that there would be two main coalition in the conflict areas, namely, the Al-salam List (Peace), which includes the Democratic Party of Kurdistan, the Patriotic Union and the Kurdistan Communist Party, and the Nishteman List, which includes the Gorran (change), Jamaat-e-Islami and The Coalition for Democracy, which is opposition, an agreement has recently been reached for the coalition of all these parties (Al-salam and Nishteman) in Kirkuk and in the contested areas. During this period, we witnessed the emergence of a new party called the Al-Jeyl al-Jadid (New Generation), which was the opposition to the referendum. In any case, it is clear that the works of the referendum will have an impact on the outcome of these elections in Kurdistan and may have seen a decrease in the seats of the Kurds in parliament.

IIWFS: Which of the Sunni alliances will play a more significant role in the political future of Iraq? What is the cause of this?

In this regard, the outcome cannot be accurate. The Sunnis are present in the two main directories, al-Qarar (decision) and al-Wataniya, and a large number of local or smaller parties, such as the Baghdad coalition. In both lists, prominent figures are present, and each of them has the support of Turkey, Qatar and Saudi Arabia respectively. But there are some close-to-government candidates who are critics of the traditional Sunni parties that will be present separately, or in the form of other alliances, and can be expected to win some of the votes. The Sunnis will play a critical role in the victory of their desirable parties this time. Especially since the thousands of Sunni refugees, which were the result of ISIS presence in those areas, and the dissatisfaction of these citizens with the interaction of Sunni politicians with this issue can impose their shadow on the results.

IIWFS: What is your analysis of the future of The Popular Mobilization Forces’ (PMF) activities in the political arena of Iraq?

The presence of PMF in the election has advantages and disadvantages. The entry of PMF into politics gradually raises the risk of its entry into the common political queues in Iraq. PMF is a national and military institution and should not be a party to the conflict; it is made up of several groups, and its entry into politics and disagreement on political issues can lead to a split within it. In addition, their entry into politics and responsibility will increase the expectations of the people, and if these expectations are not met, we will gradually see its decline. In fact, the dissatisfaction of the people with the actions of politicians and parties over the past 14 years should not result in their dissatisfaction with the PMF and distrust of it. In addition, the body of the PMF is not intellectually and politically entirely homogeneous, and the probability of disagreement between them in the future is not unexpected.

In addition, the entry of the PMF into the policy and the realm of the decision as a progress that is close to Iran, has faced with US concern. Washington sees the presence of the PMF in parliament and the cabinet as an increase in the influence of Iran and its policies in Iraq. Just as the presence of the PMF in parliament and political centers would mean the emergence of an opponent outlook on US interests and intentions in Iraq. Therefore, it can be expected that in the presence of the PMF and its appointees in the political arena, there will be some challenges in Baghdad. The PMF and its weapons are expected to become a serious issue in Iraq and even Baghdad’s relations with international and regional players.

IIWFS: What role will the current election play in the future power of the state?

I do not have much hope in the results that these elections will make. The diversity of parties and, possibly, the low voting gap between parties and alliances, will create a coalition or coalitions of different groups in thought and politics; and the current practice of the government and the governments that preceded it will continue to form a diverse cabinet. This is not the right thing to do to form a powerful government.