From Sykes-picot to independence dream: A Look at KRG Referendum 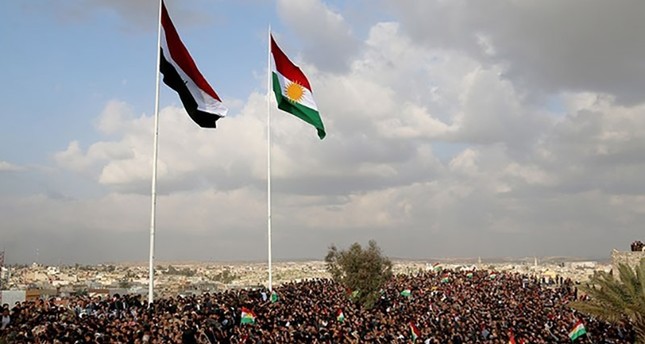 From Sykes-picot to independence dream: A Look at KRG Referendum

Sykes-Picot, the Kurds and the Kurdish nation-state aspiration!

Perhaps hundred years ago, when British Mark Sykes and French François Georges-Picot were plotting the interests of the region on the Middle East map, it was unthinkable that such an artificial division and nation-state, regardless of their specific ethnic, religious and … characteristics, would have cause the region to be the focus of ethnic, religious, land and border disputes over the years. The exploitation of the tribes of the region and then the lack of attention to the will of the people and the failure to fulfill the promises with a colonial look led to frustration and the emergence of nationalist, communist, military coups, and … which, of course, it did not lead to a democracy based on the concept of a nation-state. Although all the problems in the region cannot be attributed to Sykes-Picot, surely a significant part of the current conflicts is rooted in this imposed division and colonial boundary determination, which contributed greatly to determining the fate of the people of the region and placed them under the influence of the colonial powers. Of course, the Arabs gained independence after some time (though they were affiliated with Patrimonial governments). But the Kurdish issue remained. The Kurds, who had great hopes for the formation of an independent state (especially after the Treaty of Sèvres), after a while, they gained nothing and still remained within the framework of the nation-state plans. But changes in the Middle East happens quickly, and this region has been hotbed of important events with regional and trans-regional interventions in the context of the Kurdish issue. From the Kurdish guerrilla uprisings and great Middle East plan and the fall of Saddam and… the independent Kurdish debate, the Kurdish state and the large Kurdistan, consisting of four parts, has thrown Kurdistan over the tongues. Of course, the Kurdish issue in these four countries does not share the same logic and process. In Iran, despite the religious difference and the existence of some shortcomings, because of the Iranian origins and historical identity of Kurds in Iran and the relatively positive attitude of the government, the Kurdish people believe in their historical identity and are relatively convergent to the central government, and therefore, the separatist movements are weak. The Kurds have been one of the most difficult issues in the Republic of Turkey after independence. The Kurdish issue in Turkey, of course, has been accompanied by many fluctuations; from the denial of identity and intense repression to the granting of privileges and recognition of their rights, from negotiation and conflict with the PKK, the political movement of democratic People’s Party and getting to the parliament to numerous arrests of their activists, has fluctuated. However, Iraq is a special case and maybe the most appropriate piece of the puzzle seems to be to form the Kurdish state. This country has seen several Kurdish revolts and repressions. The uprising of Sheikh Mahmoud Barzanj in 1919, the “Eylool uprising” by Mulla Mustafa Barzani in 1961 and the “Raape-Rin uprising” in 1991, which ultimately led to the formation of an autonomous government based on the 1970 agreement of Mulla Mustafa by the Security Council resolution and the imposition of a no-fly zone, the collapse of Saddam in 2003, which, in addition to giving the Kurdish region a special status, also made the Kurds in the structure of the Iraqi government. Of course, this did not mean that the nationalism of the Kurds was silenced, but placed it in the background of demands and relations with the central government and conflicts between them. The disagreements between Erbil and Baghdad over the disputed areas – which should be specified in accordance with article 140 of the Constitution – the disagreement over access to oil resources and how to divide the proceeds from the sale of oil and foreign relations were the issues of dispute between the parties.

Arab developments, the emergence of ISIL and again independence!

Meanwhile, an event caused the world to focus on the Middle East, and to re-light the fire under the ashes of nationalism. The Arab developments after 2011 and the collapse of governments like the Dominoes, the crisis of Syria, foreign interference, the rise of Takfiri terrorism, and eventually the rise of the ISIS monster from the flames of war and instability in the region made the situation of Iraq and of course the Kurds much more special. ISIL’s invasion of Iraq and the capture of Mosul, the movement of ISIL towards Erbil and the Kurdish fight against ISIS, along with the weakening of the central government’s position and influence and the Kurdish relations with regional and sub-regional powers in the fight against ISIS, have made the KRG more prominent in recent changes and have led it to be one of the most important playing cards for the United States In the region, has strengthen its military force (Peshmerga), have enabled to act in its captured lands, and the rise in its confidence has led it to see itself in its closest position to reach its long-awaited dream; And here, again, the issue of the nationalism of the KRG was raised by its authorities and Barzani announced that he would hold a referendum on September 25th.

KRG Referendum and the Independence of Kurdistan: Barriers and Challenges!

A referendum is one of the most vital steps in Iraqi Kurdistan for the independence and formation of Kurdish state and nation. This referendum also seems to pursue other goals, one of which is to increase bargaining power and pressure on the central government to raise demands. But the issue of referendum and nationalism is not so simple and faces with many problems. KRG has to solve its problems in four layers, otherwise the process of independence will face serious challenges.

Despite the agreement of almost all Kurdish groups and parties over the aspiration of nationalism, there are serious controversies over the manner of government and its requirements and the division of power. The closure of the parliament and the excessive presence of Barzani on the KRG chairmanship, doubts over Barzani’s individual and party intentions to stabilize the dynasty’s power through the leverage of nationalism, economic problems, and corruption in the government system have led some groups to question the referendum and want to postpone it.

2.     The dispute with the central government:

The central government of Iraq naturally opposes the breakdown of the country and wants to resolve the issue through negotiation within the framework of the Iraqi constitution. In addition, the KRG is not satisfied with the specified areas as its borders and has disputed areas like Kirkuk also in the referendum program.

One of the other problems of the KRG is the security concerns of Iran and Turkey. The existence of a long borderline and similar ethnicity across the border, and the worry of the demanding independence and separatism of the Kurds, as a result of domestic insecurity, is one of the serious concerns of Iran and Turkey. Therefore, both countries want to maintain the current borders in the region. Turkey is seriously worried about the situation in the Kurdish provinces and the conflict with the PKK. In addition, it is worried about the situation of other ethnic groups, especially Turkmens, and a little bit about Mosul; And also Iran in addition to domestic concerns, has security concerns about the conversion of Kurdistan to the logistic base of the PJAK terrorist groups and …, the presence of US intelligence, and the Zionist regime and Saudi Arabia along its borders. Another point about Iran is the good relations with Iraq and the regional influence of Iran. Any breakdown of Iraq and the weakening of its central government would be detrimental to the regional interests of Iran.

The other layer of the problem that the KRG must think about its solution is the issue of confirming its identity by international powers and interaction with them, especially with the United States. Although the fragmentation of Iraq and the independence of the KRG are in some way in the United States’ favor, it is currently playing with the Kurdish nationalism card in the context of the regional game, taking into account the relations with other allies and their concerns, especially Turkey.

Conclusion: The consequences of independence and the balanced solution!

The Independence of Kurdistan in the current situation can have adverse consequences:

1.     Internal disputes in the KRG over the division of power in the context of the closure of parliament and Barzani’s dictatorship, economic problems and administrative corruption can lead to a power struggle and party and clandestine conflict in it.

2.     Baghdad’s controversy with Erbil and its lack of peaceful resolution have the potential to turn into a bloody ethnic conflict and civil war that will be a lose-lose game and will be a new tragedy for the Kurds.

3.      Independence of Kurdistan, regardless of the security concerns of neighboring countries and the problem with the central government of Iraq, can lead to insecure borders with its neighbors and thus the geopolitical isolation of the KRG.

4.     The breakdown of Iraq can be the first piece of the puzzle of the decomposition of the region in order to balkanize it, which results solely in favor of the Zionist regime and trans-regional powers. This new Sykes–Picot may sound good at first for separatists, but it is just a computational mistake that will have nothing for residents of the region, but ethnic and religious conflicts.

But what should be done? With the artificial Sykes–Picot borderline, there are many problems for the peoples of the region, and no one in the region confirms it, nor it is a pleasure to hear from its colonial memory. But it is clear that any unplanned change with the misconceptions and miscalculations on the current borders in the Middle East is the beginning of a process that there is no happy end to it. So it seems that a balanced solution is the Erbil-Baghdad negotiation in the framework of Iraq’s constitution to solve the mutual problems and getting the demands of both sides by a win-win view, in order to while protecting the Iraq’s territorial sovereignty, the logical demands of Kurds are answered.

* This article is originally published in Persian and translated by A.R. Mirjomehri.